Companies typically invest a significant amount of time and money into developing their health and safety strategy. However, effectively communicating and implementing critical controls and processes from executive level through to workers on site can be challenging.

That’s where Jincom comes in.

Jincom’s creative team has 15 years of experience with transforming companies’ technical standards and complex documents into visual HSE tools. In recent years, Jincom has developed its offering adding video, animations and e-learning to its suite of products and services.

By simplifying, visualising and digitising critical procedures and controls teams can prepare for potential risks and hazards before they begin work on site.

But how does a HSE team effectively identify gaps in knowledge and ensure that the teams on site are fully aware of the controls they need to follow?

The answer is e-learning. E-learning is a highly effective method that encourages and reinforces independent learning.

Jincom has recently completed two e-learning courses for Highways England: one on Confined Spaces and the second on Incident Investigation and Reporting.

Highways England is a government-owned company with around 5,000 employees in charge of operating, maintaining and improving England's motorways and major A roads.

Having previously worked with Highways England to redevelop its Health, Safety and Wellbeing Management System, simplifying and visualising policy, arrangements, standards, procedures and other supporting documents across 40 topics, the next step in the process - transforming the documents into e-learning modules - was straightforward.

“We have recently developed two e-learning courses with Jincom where they converted various health, safety and wellbeing standards (which they previously developed for us), into highly engaging e-learning courses. As content from our existing standards was used to create the courses, the development process was quite simple and cost effective. The courses have proven to be valuable training tools and have been very well received by our people, so much so that we are now in the process of converting other standards into more courses. “
‍David Townsend, Assurance & Compliance Manager: Highways England

The e-learning modules are in two parts: learning and knowledge.

Let’s take a look at the Confined Spaces module developed for Highways England.

The second part of the Confined Spaces module is a quiz to assess learning outcomes and test knowledge. The test has 15 multiple choice questions on the information given in the first learning section.

The e-learning modules are available on Highways England’s Learner Management System helping to onboard new employees and reinforce HSE messaging across the entire workforce. 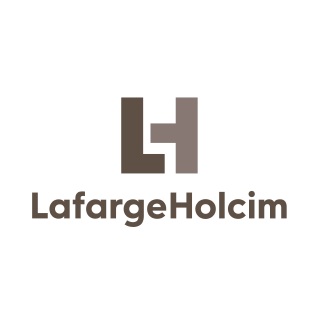 We started by developing a suite of 16 fully-illustrated A5 Visual Standard booklets...